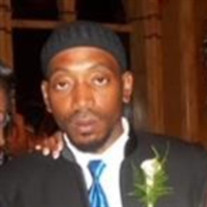 Beloved Son, Brother, Father, Uncle, Nephew, Cousin and Friend to many departed life on Tuesday, February. 23, 2021. He passed away with his significant other and mother of his child(Justice Collins) Torrie Snowden. Travis Devonn Collins was born on November. 30, 1979, to Mary Collins and Albert Wheeler in Washington, DC. Travis was preceded in death and will be laid to rest with his Aunt Shelia Brooks at Glenwood Cemetery. Travis accepted Christ at a early age and was baptized at Le Detroit Baptist Church. Travis received his formal education through Prince Georges County Public Schools. Travis was a hard worker with a good work ethic. He worked various jobs in hospitality, security, and construction. His friends called him “Tre”, but to family he was Travis, Lil Travis and Uncle Lil Travis or even “BadMan Pete” to some. Travis was a Washingtonian and DC Native at heart. He was the true definition of DC or nothing. He was a die-hard Redskin fan, he loved going to see his Skins play at FedEx Field, but he hated to see them loose. Travis looked forward to playing basketball on Sundays at Anacostia Park. I’ve heard “the game won’t be the same without him”. He loved the game of spades and would run Boston’s for hours & talk smack while doing it. Travis enjoyed traveling, taking road trips & having fun. If you knew Tre, you would know he was obsessed with Go-Go music. You could always find him at a Go-Go doing the latest dances. Even though we will all miss Travis, Life didn’t owe him nothing, he lived well and to the fullest. Tre lived life without regrets. He was a lover and a fighter. Travis was a dedicated and devoted father to his children, only wanting the best for them. He loved up on his children and family every chance he got. Travis didn’t hold grudges, nor did he understand division amongst family, he got along with everyone . Travis was always there when you needed him. Travis word was his bond. If asked to do something, his favorite words were ”I got you, that’s a bet”. Travis Devonn Collins will be deeply missed. Travis Devonn Collins leaves behind four amazing children; Travis Collins Jr, Winter Collins, Ty’re Collins and Justice Collins. He’s survived by his Mother; Mary Collins, Father; Albert Wheeler, Brother; Travis Haragraves (Nakia), Sister; Sheba Wheeler, Nephew; Travis Dunbar, Niece; Skye Pollard and a host of Great Aunts, Aunts, Uncles and Cousins. Travis had many friends and a few who became family; Dion Thomas, Greg Bowldning, Rashee Robinson and Henry Smith. He also had two adopted Moms; Gwendeline Morton and Ms. Smith. Travis had a special bond with all his Aunts; Ernestine, Ethel, Necy, Marie, Pam, Angel, Wanda and Dorthy. Latoya Allen’ Lyles was a devoted friend and mother to his children (Travis Jr, Winter, Ty’re). Services will be livestream at Kendall Baptist Church @ 11:00am Website: www.kendallbc.com

Beloved Son, Brother, Father, Uncle, Nephew, Cousin and Friend to many departed life on Tuesday, February. 23, 2021. He passed away with his significant other and mother of his child(Justice Collins) Torrie Snowden. Travis Devonn Collins was... View Obituary & Service Information

The family of Travis Devonn Collins created this Life Tributes page to make it easy to share your memories.

Send flowers to the Collins family.