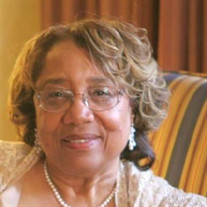 Obituary for Sandra H. Matthews and Funeral Announcement Obituary of Sandra Rubylee Houston Matthews December 21, 1942 – February 16, 2022 Life. Sandra Rubylee Houston Matthews was born to the late Fred and Betty Houston on December 21, 1942. Growing up in a tight-knit community in the scenic and rolling hills of Rural Retreat, VA, she enjoyed making wonderful childhood memories with her siblings Fred Beverly, James Douglas, Bettye Francis, William Clarence and George McLean. Sandra’s father was a man ahead of his time. Equipped with a seventh-grade education – the extent of schooling for Black children at the time – Fred Houston defied the odds and became the first Black business owner in Rural Retreat. Sandra’s mother, Betty, was a bedrock of the community. Standing around five feet tall, she instilled in her children a sense of pride, a strong work ethic and a love of music, family and friends. Sandra carried forward many characteristics inherited from her parents throughout her life. Family. Sandra married Avon Aaron Matthews on June 25, 1966. Sandra and Avon met in Washington, DC after both headed to Howard University in a still-segregated society. Three children were born to their union of nearly 40 years – Michael, Cassandra and Roslyn. Their children and family were the foundation of their lives. Sandra and Avon parented together through experiences ranging from all three kids having chicken pox at the same time to years of school events, piano lessons, Boy and Girl Scouts, various pets, birthday parties, graduations and other life milestones. Sandra thoroughly enjoyed being “Granny” to her grandchildren Michael II, Justin, and Ava Grace. All three gave her so much joy and the perfect excuse to stock up on ice cream “for the kids.” Sandra also deeply loved her extended family. She remained close to her sister and brothers throughout her life and enjoyed updates and family reunions allowing her to visit with a multitude of nieces and nephews. Faith. Sandra was raised in the church and was an active member wherever she attended. Before marriage, she sang in the choir at Allen Chapel A.M.E. Church in Washington, DC, where her sister Bettye was the choir director. Later, she joined her husband Avon at the historic Nineteenth Street Baptist Church, where she served in a range of activities. Sandra co-taught the Adult Women’s Bible Study Class, served as an officer on the Board of Deaconesses, and organized and led the Summer Program for the Sunday School, among many other things. After retirement, she became active at Providence-Fort Washington United Methodist Church, a congregation closer to her home. There, she was president of the United Methodist Women, bringing her organization and leadership skills in that capacity as she had done for many years at Nineteenth Street. Fellowship. Sandra was the ultimate hostess and loved to entertain. She was an excellent cook and loved to have family and friends stop by for a meal or a visit. She also loved going on outings with friends – favorites were heading to tea and the theater. Sandra, known for her sense of humor, sparked many interesting conversations. Love & Legacy. Sandra loved raising awareness about Black excellence. At the National Academy of Sciences' (NAS) National Academy of Medicine (NAM), where Sandra worked for 30 years and served under five NAM presidents, she was the driving force behind the organization's esteemed African American History Program, which endures to this day, and was instrumental in amplifying Black scientific achievement as part of the Cultural Programs of the NAS. When Sandra retired in 2010, she made history when the NAM endowed a professional award in her name: The Sandra H. Matthews Cecil Award for Administrative Excellence. It's given every year to a staff member who reflects Sandra's high standards and comes with a $4,000 bonus, certificate, and commemorative medal. Sandra's love and legacy lives on through her children, grandchildren, and extended family, as well as through her professional achievements, and her love for Christ. Sandra, who passed away on February 16, 2022, is now reunited with her husband, Avon, who transitioned on February 17, 2006. Funeral Announcement for Sandra H. Matthews With immense gratitude, the Matthews Family announces the following arrangements for their beloved matriarch, Sandra H. Matthews. The first wake will be held at Providence-Fort Washington United Methodist Church (PFWUMC) on Thursday, March 3, from 11:00 am to 2:00 pm. PFWUMC is where Sandra attended during her retirement years and is located at: 10610 Old Fort Road Fort Washington, MD 20744 A second wake will be held the following day — Friday, March 4 — at Nineteenth Street Baptist Church in Washington DC, at 10 a.m., immediately followed by the funeral from 11 am - 12:15 pm. Nineteenth Street is where Sandra and her late husband worshiped for more than three decades. Nineteenth Street Baptist Church is located at: 4606 16th St, NW Washington, DC 20011 Please note: Nineteenth Street Baptist Church is actually located on 16th Street. Sandra was the consummate professional and excelled in the area of administrative leadership and management. Her former employer of 30+ years, the National Academy of Sciences, recognized this and upon her retirement in 2010 endowed a professional award in her name. This award is given every year to a staff member who matches Sandra’s high standards, and comes with a $4,000 bonus, a certificate, and commemorative medal. In lieu of flowers, and to honor Sandra’s memory and legacy, the Matthews Family requests that donations be made to: The Sandra H. Matthews Cecil Award for Administrative Excellence. Donations can be mailed to: J. Michael McGinnis, Executive Officer The Keck Center 500 5th Street, Washington, DC 20001 Checks should be made payable to the National Academy of Sciences. Please place a note in the memo field that says "Sandra H. Matthews Cecil." The National Academy of Sciences, and specifically the National Academy of Medicine where Sandra worked, released a public statement about Sandra on its website on February 24, 2022. https://nam.edu/the-national-academy-of-medicine-remembers-sandra-h-matthews/ Live streaming of Sandra H. Matthews funeral service will begin at 11:00 am.

The family of Sandra H. Matthews created this Life Tributes page to make it easy to share your memories.

Send flowers to the Matthews family.