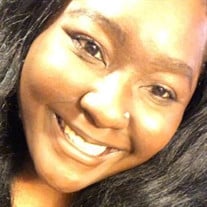 IN HONOR AND MEMORY OF HENRIETTE &#8220;HENNY&#8221; ZOUA MENDO Precious in the sight of the LORD is the death of his faithful servants. Psalm 116:15 A star, a rose, a jewel--what can be said of the incomparable Henriette Zoua Mendo. A... View Obituary & Service Information

The family of Ms. Henriette Zoua Mendo created this Life Tributes page to make it easy to share your memories.

IN HONOR AND MEMORY OF HENRIETTE “HENNY” ZOUA MENDO

Send flowers to the Mendo family.